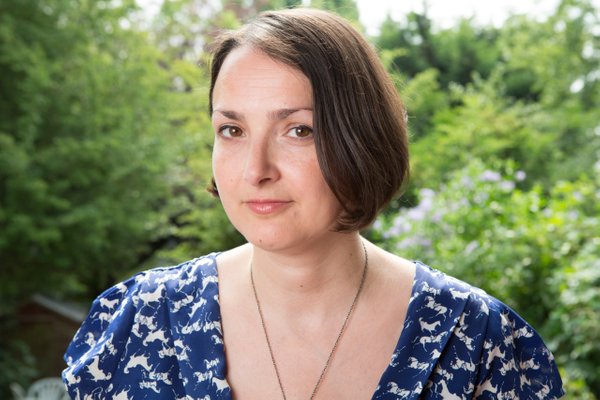 An award-wining writer, Hannah's first short play, Ring, was selected for the Soho Theatre's Westminster Prize and her first full- length piece, Leaving Home, was staged at The King's Head.

Further work includes: Plan D, produced at Tristan Bates Theatre and nominated for the Meyer Whitworth Award; Bitterenders, winner of Sandpit Arts’ Bulbul 2013 competition and produced at Z Space San Francisco; and The Worst Cook in the West Bank at the Old Red Lion in London and the Unity Theatre, Liverpool.

In addition, Scenes from 68* Years played at The Arcola Theatre in April 2016 to critical and audience acclaim: “This new work by Palestinian/Irish playwright Hannah Khalil confirms her as a dramatist of compelling potential” - Daily Telegraph. Scenes has been nominated for the James Tait Black Award 2017.

Other work includes The Scar Test - a play about women in detention in the UK – which was commissioned by Untold Arts and performed on tour and at Soho Theatre London in July 2017, and Interference at National Theatre of Scotland.

Plan D is published by TCG America as part of Inside/Outside Six plays from Palestine and the Diaspora edited by Naomi Wallace and Ismail Khalidi, while Bitterenders forms part of Double Exposure Anthology published in Canada in 2016. Scenes forms part of Routledge USA’s new anthology Plays By Women of Color in autumn 2017. Her work is also available in Sykes-Picot: The Legacy: Five Modern Plays by Hannah Khalil, Hassan Abdulrazzak, and Joshua Hinds and Divided World: Plays of Occupation and Dispossession.

Her work is published in the UK by Methuen Drama.

Hannah work for radio includes The Unwelcome, The Deportation Room and Last of the Pearl Fishers, all for BBC Radio 4.

Hannah’s first short film The Record took the Tommy Vine Award at the Underwire Festival 2015 and premiered at the London Palestinian Film Festival 2019. She was the Bush Theatre’s writer on attachment as part of Project 2036 in 2017.

She is under commission to Shakespeare's Globe, and Chichester Festival Theatre. She is also writing a new play about Palestine co-written with Evan Placey. In October 2019 her play A Museum of Baghdad opened at the Royal Shakespeare Company, it transfers to the Kiln in London in April 2020.