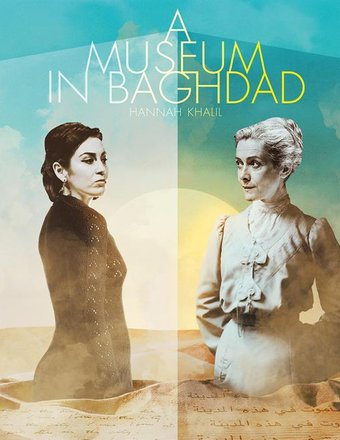 Production pictures on this page are from Scenes from 68* Years and were taken by Ellie Kurttz.

Scenes from 68* Years is published by Methuen in the UK while Plan D is available as part of Inside/Outide: Six plays from Palestine and the Diaspora. Two of her short plays are published in Sykes Picot: The Legacy 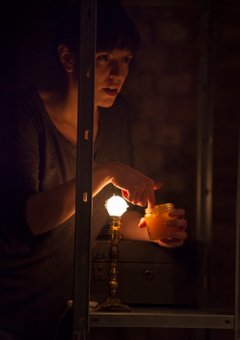 Hannah’s new play A Museum in Baghdad opened at the Swan Theatre at the Royal Shakespeare Company on 11 October 2019 and runs until the end of January 2020, in a production directed by Erica Whyman. It then transfers to The Kiln in London from 22 April - 23 May 2020.

Previous work includes Interference at National Theatre of Scotland, The Scar Test at Soho Theatre and Scenes from 68* Years directed by Chris White which ran at the Arcola in Dalston to critical and audience acclaim. It was nominated for the James Tait Black award.

Scenes has subsequently been produced at Golden Thread Theatre in San Francisco (April 2019) and will have a new Tunisian production, called Trouf, directed by Chris White and Ghazi Zagbani and performing at theatres across Tunis in autumn and winter 2019 (supported by British Council Tunisia and AFAC and produced by Alia Al Zougbi).

Radio plays include The Unwelcome, Last of the Pearl Fishers and The Deportation Room all for BBC Radio 4. Television work includes multiple episodes of the Channel 4 drama Hollyoaks.

Hannah was Writer on attachment at the Bush Theatre as part of Project 2036 from 2016-2017. She was awarded The Arab British Centre's prize for Culture 2017, she is under currently commission to Shakespeare's Globe and Chichester Festival Theatre.